Expect Adele's songs about heartbreak to be a little more....happier.

The 24 year old Grammy winnder is expecting her first child with boyfriend, Simon Konecki.
She posted the official message via her website, which ended up crashing due to a large amount of traffic since the news was announced

Im delighted to announce that Simon and I are expecting our first child together. I wanted you to hear the news direct from me, obviously we’re over the moon and very excited but please respect our privacy at this precious time. Yours always, Adele xx

Congratulations, Adele
You're living proof that the best revenge after a break-up...is living a good life.
Posted by Christine KAURdashian at 5:35 PM No comments:

Email ThisBlogThis!Share to TwitterShare to FacebookShare to Pinterest
Labels: adele, baby on board, grammys, Pregnant

Say it ain't so!
Seriously, I saw this coming when Tom jumped on Oprah's couch 6 years ago. I can't stand Tom Cruise and I'm sure Katie got over him too. I mean, c'mon....it isn't 1991 anymore.

Katie Holmes is the one who filed for divorce and Tom Cruise was "blindsided" by Katie's legal move ... TMZ has learned.

We know Katie filed the divorce docs in New York on June 28, citing "irreconcilable differences." She is asking for sole legal custody and "primary residential custody" of the couple's 6-year-old daughter, Suri.

We also know Katie is asking for a "suitable amount" of child support .. this according to the divorce docs.

Katie also asks for a division of property in her divorce docs, although we know there was a significant prenup that is based on California law. Katie makes no mention of the prenup in her filing.

We're told Tom is "very sad" and "did not see this coming." He was spotted wearing his wedding ring just this week while filming in Iceland. Interestingly, Katie also wore her ring this week.

We're also told there is some "nastiness" here, evidenced by Katie's move to get sole legal custody.

Tom's rep has released a statement saying, "Kate has filed for divorce and Tom is deeply saddened and is concentrating on his three children. Please allow them their privacy to work this out."

I know we're all concerned over how Suri's doing.
Check out her "statement" via her paraody account Suri's Burn Book on Tumblr.

Please respect my privacy during this difficult time. (Just mine though — everyone else is fair game.)
I will be vacationing in the Cayman Islands for the Independence Day holiday with my financier, and going over my plans to seek sole custody of myself.
I appreciate the concern and the warm wishes.
Posted by Christine KAURdashian at 1:05 PM No comments: 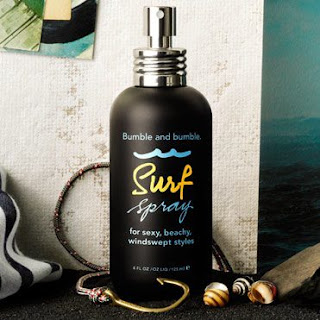 I have a new article up on the Examiner! Check it out here: Bumble and Bumble's Surf Spray

I use this product all-year but especially love it in the summer!

Posted by Christine KAURdashian at 5:53 PM No comments:

Email ThisBlogThis!Share to TwitterShare to FacebookShare to Pinterest
Labels: Bumble and Bumble, confessions of a beauty product junkie, surf spray

Damn, homie. In high school you was the man, homie. What the f&#k happened to you?

Ah, the song that made you  not like JA Rule anymore.

Posted by Christine KAURdashian at 11:38 AM No comments:

This song used to be my ringback tone like, 5 years ago. It drove all of my friends crazy.
Posted by Christine KAURdashian at 10:24 AM No comments:

Get your mind out of the gutter, not those kind of "girls"!
It's a new show on HBO about a group of 20-something women in New York City.
Wait..that sounds familiar.
No, I'm not talking about Sex and the City, either. Well, it's not as glamorous as SATC and the main characters are younger. But one of them works at an art gallery, an other is a writer, there's the sexually-free lady and the uptight virgin. So, in a sense it is kind of like a hipster- SATC.

Show creator, Lena Dunham, says Girls is basically about the ladies who watched SATC and wanted to be a Samantha, Carrie, Charlotte or Miranda and move to the Big Apple....but then reality slaps them across the face showing them it's really not feasible to spend more on a pair of Manolos than your rent....or even realistic to buy a pair of Manolos when you've just graduated from college and looking for a job!

The show follows main-character Hannah (played by Dunham) in her journey to become a writer  in NYC. Viewers get to meet her friends (descriptions are from the HBO homepage:
Marnie: Hannah's roommate and best friend. Highly responsible and very put-together, she has a very adult job at a very adult art gallery and a serious, long-term boyfriend -- neither of which she can admit she might not love (or even like). Played by Allison Williams, she's the daughter of NBC Nightly News anchor, Brian Williams. She reminds me of a Charlotte/Miranda hybrid.
Jessa: Jessa is beautiful, British, an occasional nanny who has travelled to as many different countries as she's had boyfriends. Back in New York for the first time in years, she moves in with her cousin Shoshanna, ready to shake up her friends' lives a little bit.
Shoshanna: Shoshanna is Jessa's younger, bubblier American cousin.  A virgin with Sex and the City dreams and Brooklyn nightmares, her friends tend to dismiss her as a suburban innocent, but she consistently proves to be a surprising source of wisdom. Our generation's Charlotte.
Adam: He's the guy Hannah sleeps with sometimes -- when he decides to answer her texts. He's an actor-writer-woodworker (triple threat!) with a small subsidy from his grandmother and a love of dirty talk and even dirtier sex. There might be more to him than meets the eye, but it's going to take Hannah some time to figure it out. Meanwhile, she will continue to show up on his doorstep dressed as a sex witch. Sort of like the Mr. Big in this series.
Already seven episodes in and I've fallen in love with this show. It touches on the lives of all girls in their 20s who are not a girl, but not yet a woman. *Thanks, Britney Spears. They deal with the insecurities, job and boyfriend drama all females are facing in this day and age of the economy.
I personally can relate to almost all of the characters, except for Jessa.

Which Girls character are you?
Posted by Christine KAURdashian at 1:52 PM No comments:

You must be a football coach....the way you got me playing the field!
Posted by Christine KAURdashian at 10:39 AM No comments: