I love this song, I love John Legend and his wife Chrissy Teigen.
Therefore....I've decided on this video for this week's throwback!
#yourewelcome
Posted by Christine KAURdashian at 9:26 AM No comments:

Mark McGrath is just so hot!
Posted by Christine KAURdashian at 4:10 PM No comments:

beauty buys on a budget by csamra featuring a maybelline foundation

I'm always looking for ways to save money, and since I spend a lot of my hard-earned cash on beauty products, I'd thought I would start there. There are so many products out there and sometimes the products you find at your local Target or CVS work just as well as the ones you see at Nordstrom or Macys. Check out my lastest article on the best drugstore buys out there.
Posted by Christine KAURdashian at 3:01 PM No comments: 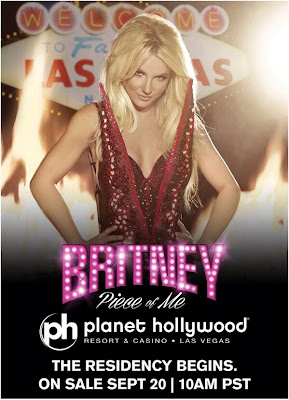 Here it is!
The moment every Britney fan has been waiting for.
Brit Brit has announced her Piece of Me Las Vegas residency at Planet Hollywood.
Is it me? Or is Britney a little too young to have a residency in Las Vegas? I mean c'mon! She's not Rod Stewart.
The 31 year old Pop Goddess revealed on GMA that she will begin her 2 year residency in Sin City  with about 50 shows each year.
The news of Spears' residency comes just days after her latest single Work Bitch was leaked online.

Though I feel Britney is too young to have a residency, I'm for sure going to make it out to LV to see her perform! Her new single  Work Bitch is amazing!


A little Britney nostalgia for you......


﻿
Posted by Christine KAURdashian at 1:39 PM No comments:

This song brings me back to my days as a sales associate at American Eagle Outfitters, where I had a crush on any guy with a Moose sewn on his polo.
Posted by Christine KAURdashian at 1:46 PM No comments:


She's not twerking this time. But Miley is still continuing to shock us. Her new single/video from her upcoming album Bangerz is a ballad that's heart-wrenching and you can't help but wonder if it's about her on-again-off-again relationship with Liam Hemsworth. Sources say Hemsworth wanted a "clean break" from Miley after her VMA performance, while others say the song totally isn't about him.
Whatever inspired the song, it's very powerful and you guys get to see Miley straddling a wrecking ball naked. What's even more uncomfortable is that her DAD tweeted in support of it!


"Trying to type ,tweet, twerk and ride a wrecking ball naked all at the same time while carrying a sledge hammer is proving difficult ! PEACE"
— Billy Ray Cyrus (@billyraycyrus) September 9, 2013

However, there is GOOD news!
In just one day Wrecking Ball reached 12.3 million view via Vevo which overtook One Direction's record-breaking feat with Best Song Ever which received 10.7 million views in its first day back in July. By the end of today it could be officially become the most-viewed video in 24 hours.
Congrats Miley!
Posted by Christine KAURdashian at 7:54 AM No comments:

Sorry I've been lacking on updates guys! I've been enjoying life a little too much!
But here's a great throwback to get your week started!
Posted by Christine KAURdashian at 7:19 AM No comments:

Email ThisBlogThis!Share to TwitterShare to FacebookShare to Pinterest
Labels: give it to you, jordan knight, Throwback Monday
Newer Posts Older Posts Home
Subscribe to: Posts (Atom)