Confessions of a Beauty Product Junkie: Marge Simpson for M.A.C.


Check out my latest article to see the limited edition Marge Simpson collection for MAC. The makeup line is paying homage to The Simpson family's matriarch with a limited edition line debuting September 4th.
Posted by Christine KAURdashian at 12:51 PM No comments:

Since I've graduated from college, I've been envious of people going back to school.
I mean, I miss getting new school clothes and school supplies and getting excited to begin a whole new school year.
Even in college I would buy new supplies and clothes. It was something about the "fresh start" and "new beginning" each semester would promise.
aka....I hate being an adult.
This song totally embodies the first day of school to me.
Posted by Christine KAURdashian at 10:04 AM No comments:

Email ThisBlogThis!Share to TwitterShare to FacebookShare to Pinterest
Labels: back to school, Throwback Monday, we are going to be friends, white stripes


This song would be so much sweeter if Lloyd was cuter.
Posted by Christine KAURdashian at 7:45 AM No comments:

I'm saddened to report that beloved actor and comedian has died.
The 63 year old was found unconscious and not breaking in his home in Tiburon, CA.
Marin County Coroners Office says at this time, his death suspects to be caused by suicide by asphyxiation


"Robin Williams passed away this morning. He has been battling severe depression of late.
This is a tragic and sudden loss. The family respectfully asks for their privacy as they grieve during this very difficult time."
-       Mara Buxbaum, press representative for Robin Williams

"This morning, I lost my husband and my best friend, while the world lost one of its most beloved artists and beautiful human beings. I am utterly heartbroken. On behalf of Robin's family, we are asking for privacy during our time of profound grief. As he is remembered, it is our hope the focus will not be on Robin's death, but on the countless moments of joy and laughter he gave to millions."
-       Susan Schneider, wife

So sad....he's one of my favorite actors.

Posted by Christine KAURdashian at 4:34 PM No comments:

In honor of seeing Justin Timberlake in concert tonight!
Posted by Christine KAURdashian at 7:56 AM No comments:

Email ThisBlogThis!Share to TwitterShare to FacebookShare to Pinterest
Labels: 20 20 experience, justified, justin timberlake, like i love you, Throwback Monday

In honor of the eve of the On the Run Tour.....
I give you....Jayonce!
Posted by Christine KAURdashian at 10:00 AM No comments:

Email ThisBlogThis!Share to TwitterShare to FacebookShare to Pinterest
Labels: beyonce, jay z, on the run, Throwback Monday, upgrade u 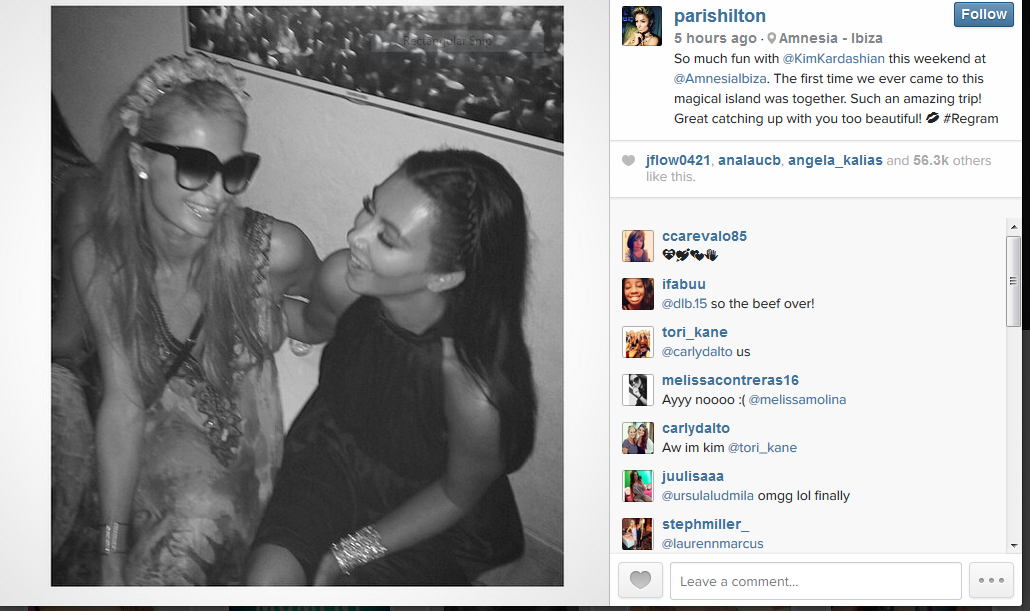 Check out this hilarious buzzfeed post chronicling the duo's first visit to Ibiza back in 2006.
Posted by Christine KAURdashian at 12:05 PM No comments:


Hold the phone!!!!
The internets have been a-buzz lately with rumors that Bey and Jay are on the outs, then there was talk about Nicki pushing back her Anaconda release because she was doing a duet with Beyonce.
And now....it's here.
The remix to ***Flawless.
She even addresses elevator-gate:
“of course sometimes shit goes down when it’s a billion dollars on a elevator.”

So what does that mean exactly?
Basically, her and Jay are worth about a billion dollars together....throw in the money Solange made for the Proud Family theme song and that's about accurate. She means that she, HOV and Solange are like any other family and of course shit goes down when you have people with strong personalities in an enclosed space together.

I'm in LAAAAAAAHHHVE with this song, like I like it more than the original.
Have you finally taken a breath?
Okay listen.
Posted by Christine KAURdashian at 10:53 PM No comments: