Justin Timberlake is "Filthy" in 2018 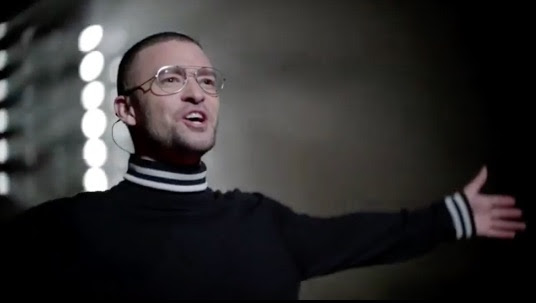 Dressed like Steve Jobs and announcing a dancing robot, that looks like Will Smith's iRobot, JT is bringing Filthy back in this Mark Romanek directed video.
Filthy is Timberlake's first single and music video off of his new album Man of the Woods. In the promos to the video, the Sexyback singer advises "this song should be played very loud."

Earlier this year, week, Timberlake announced new music to come via Instagram. His wife, Jessica Biel, commented that it's "an opus of epic proportions. So proud."

📷 @ryanmcginleystudios
A post shared by Justin Timberlake (@justintimberlake) on Jan 2, 2018 at 12:01pm PST

When he finally returned to music in 2013 he gave us the 20/20 Experience with a corresponding LP came out later that year.
So, we've been almost 5 years without new music from the former *NSYNC-er, and with him performing at this year's Super Bowl Half-Time show, we NEEDED new material.
Timberlake released the track list to MOW and I cannot wait to hear more!

Posted by Christine KAURdashian at 5:17 AM