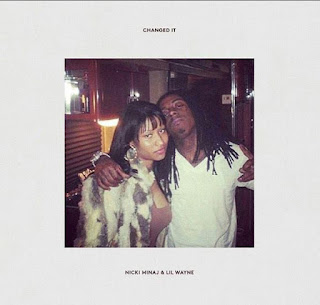 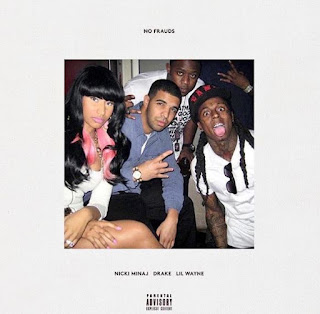 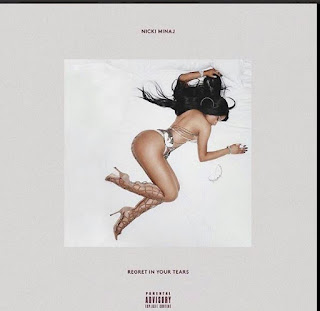 Well, it's about damn time!
Nicki Minaj has FINALLY responded to both of Remy Ma's diss tracks with three singles hitting music sharing sites No Frauds, Changed It and Regret in Your Tears all dropped on the interwebs Thursday evening. No Frauds includes her YMCMB brothers Lil Wayne and Drake and Changed It features just Wayne. . Basically, Nicki waited to actually MAKE money on the diss records...according to her post on Instagram.
She challenges Remy to respond in 72 hours and offering to pay her a half-a-million dollars if she can get an interview and NOT mention Minaj.

Team Remy and Team Nicki have been at odds for almost two weeks after Remy dropped ShEther. Fans were waiting for Nicki's response and assumed she just couldn't fight back lyrically. Meanwhile we saw her take her lyrical fingers to social media starting a beef with Trey Songz and posting pictures of her famous friends. We basically had to wait for her to return from Paris Fashion Week to finally respond and here we are.

In No Frauds, Minaj raps, “You can’t be Pablo if your work ain’t sellin’ / What the f— is this bitch inhalin’? / Tried to drop ‘Another One,’ you was itchin’ to scrap / You exposed your ghostwriter / Now you wish it was scrapped." Minaj also touches on Remy's personal life, especially when she went to prison.


#NoFrauds #FactsOnly ft @champagnepapi & @liltunechi #YoungMoneyTilTheDeathOfMe committing perjury #IGotB4andafterPicturesOfYourSurgery #StopSurgeryShamingB4IPostThem #Fraud diss records can't be lies. Great diss records are FACTS. But here @ Young Money, we don't do diss records, we drop HIT RECORDS & diss u ON them. I got a bunch more on cock. Pauz. The greats took 3 months to respond to diss records. Queens don't move on peasant time. Queens shut down Paris, then drop hits on #QueenTime. I love my fans. Y'all the real MVP's. Been writing my own raps since I was 11. GOD knows. Next week I'll beat Aretha for the most Hot 100 hits on billboard by ANY woman in the world EVER in the history of music. Stay in your bum ass place. Jealousy gets u no where. Love to all my bad btchs. Now I got a countdown of my own for Sheneneh. U got 72 hours to drop a hit and I'll give u half a million dollars if u can book ANY show or interview w/o mentioning the Queen name. On another note, my album is nothing but waves. Lol my babies, you're gonna get your complete LIFE. love u guys so fkn much. Let's go. #NoFrauds #ChangedIt #RegretInYourTears Reggie Martin and S/O to Lady Luck for spkn facts. They act like they didn't see her interview tho. Lol 😘😘😘😘
A post shared by Nicki Minaj (@nickiminaj) on Mar 9, 2017 at 11:43pm PST

On the Eve of Nicki's responses, Remy did an interview expressing how she wish she would've done  things differently when it came to she and Nicki:

After explaining that it was the behind-the-scenes career interference that ultimately pushed her to release “Shether,” she noted that she wishes things could’ve gone differently between her and Minaj. “I actually liked her but don’t try and come for me,” she said. “It just bothers me that me picking apart another female is what went viral. We could’ve done this working together.” When Nigatu asked why that didn’t happen, Remy responded, “It wasn’t me, I just think it would’ve been cooler if we came together and did something crazy and that’s what everyone was talking about. I don’t regret it, I’m just not particularly proud of it.”
Some critics say Remy's rethinking the diss tracks because rumors were swirling that Nicki asked Nas to prevent Remy from performing the song because of his rights to the song's beat which comes from his own diss track, Ether. However, TMZ has found that Nas didn't have an issue with it, Universal did. Basically, they didn't like that Remy took Nas' beat and made money off of it without their permission. So, the song has been taken off of Soundcloud and the radio.
So, Remy had to take a BIGGER L.
So what's your opinion on the beef?
Could these two kiss and make up and come up with a fire record?

Posted by Christine KAURdashian at 4:50 AM