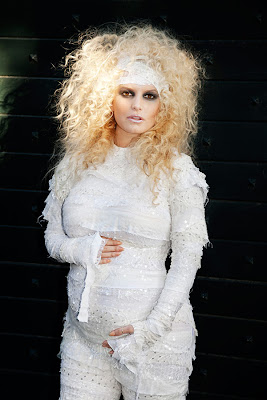 According to various bloggers and gossip columnists the news has been known for weeks...but since not one media outlet wanted to drop $500k for the exclusive interview....Simpson decided to let us all in the know for free.
Damn, when is Papa Joe gonna just give it up!? Noone's cared about Jessica since 2005.
Sidenote: Interesting how this broad waited to have sex until marriage....only to have a love-child years later.
Posted by Christine KAURdashian at 3:06 PM