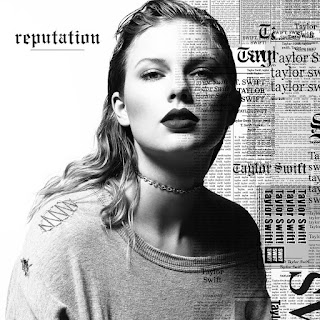 It's here! The single all you Swifties have been waiting for.
After days of elusive snake videos on Instagram, Swift announced her latest album Reputation will drop on November 10th.
Swift hasn't released an album since 2014's 1989.
To mark Swift's upcoming sixth studio album, the pop star released Look What You Made Me Do on Thursday evening.
It's obviously pointing fingers at her enemies, but who? Kanye? Kim? Katy? Calvin? All of them?
In the song, Swift declares the old Taylor can't come to the phone...because she's dead.
The chorus sounds alot like I'm Too Sexy. Funny because  iTunes lists the songwriters as Swift; her longtime collaborator Jack Antonoff; and Richard Fairbrass, Fred Fairbrass and Rob Manzoli, all members of the British pop group Right Said Fred who wrote the 1991 hit.
It sounds like the Shake it Off singer isn't shaking anything off this time and is looking for revenge this 2017 and possibly a new image.
In the song she constantly repeats, I don't trust nobody and nobody trusts me.....hence snake references throughout the lyric video.
I wonder what other tea this album is going to spill once it's released.
So far, I don't mind the song. It's catchy. I'm sure we'll be hearing it on the radio nonstop this coming weekend.

In addition to the singe and upcoming album, Swift will release an exclusive album collection via Target with two unique collectible magazines.
The magazines will feature the album, artwork, personal photos of Swift, poetry and lyrics.
Swift is expected to reveal the entire music video to her latest single on Sunday at the MTV Video Music Awards.
Posted by Christine KAURdashian at 4:11 AM