Over the past few years I haven't been too impressed by the MTV Video Music Awards.
My teenage years were spent looking forward to this awards show. Seeing amazing performances from Britney, NSYNC, Michael Jackson, Beyonce and Madonna.
So, for the past 10 years or so the VMAs have been eh for me.
This year was a little different.
Yes, neither Bey or Britney performed, but I think because with so much chaos happening in the world and in the United States right now, the VMAs were a much needed escape.
Also, those TRL commercials were giving me the ultimate nostalgia and life.
See the full list of winners here.
Teyana Taylor channeling 1995 VMA Janet Jackson was my fave moment ever.

If you know me, you know this photo gives me the ultimate life. Congrats @teyanataylor for absolutely nailing this look and honoring our legend. #Repost @teyanataylor (@get_repost) ・・・ Honored to receive the same award as my idol, @janetjackson!!! Anyone that follows me knows I STAN for her. I chose this look because of Janet's mindfulness of making a statement. My ups and downs have been publicized since 15 and "underrated" was the word I chose to sum up how often all the work I put in is overlooked. Nothing personal just something for me to know I'm headed in the right direction!! I named my first album "VII" because my mom always talked about it as the number of completion, and with my career, it took 7 years of working my ass off to finally get my album out and have people take me seriously as an artist, a woman. It's so easy for others to judge and criticize when they really don't understand your journey. One who hasn't experienced it, could never really understand the emotional roller coaster of an Artist that's so passionate about their work. That's why I continuously strive to go harder everyday. So I just want to give a HUGE thank you to the @vmas, as well as my supporters #TeamTeyana #NeutchNation who have been loyal to me since day 1! I Love you Guys Dearly! ❤️❤️
A post shared by Christine KAURdashian (@christinekaurdashian) on Aug 28, 2017 at 6:25pm PDT

Of course we saw the premiere of Taylor Swift's highly anticipated music video.

Host:
I didn't even realize Katy Perry was going to be the host this year. She did an okay job. I do find her schtick adorable but also like a wannabe Ellen.
Maroon 5's Adam Levine and his wife Behati Prinsloo thought differently.

It's always exciting to see how utterly horrible the VMAs will be. They really delivered so far this year. #HOLYFUCK
— Adam Levine (@adamlevine) August 28, 2017

Whoever wrote Katy Perry's script for the #VMAs , I just want to let you know it's next level cringe worthy 😳 #makeitstop
— Behati Prinsloo (@BeePrinsloo) August 28, 2017

Performances:
Loved that Kendrick opened up the show because his album and tour has been absolute FIRE and he's personified 2017 so far, musically.
Fifth Harmony threw the ultimate shade by tossing out their 5th member before the start of their set.
Ed Sheeran's surpise set with Lil Uzi Vert was great!
I loved Jared Leto's 30 Seconds to Mars performance with Travis Scott
Lorde's set didn't make sense to me.
Miley's was okay and definitely different.
I looooved P!nk's Michael Jackson Video Vanguard performance but wished she performed a song from Can't Take Me Home..however I do think they need to honor Missy Elliot with this award.

Of course, Logic's performance with Khalid and Alessia Cara was great and was long overdue.

Random to see my boy Rod Stewart performing with DNCE but absolutely loved it.


Political:
There were a ton of political statements this year. Paris Jackson started it off by calling out the President to unite us all.
Katy Perry assumed we all solved the world's issues while she was in space.
MTV brought out Robert E. Lee's ancestor who's a preacher and used his platform to call out all the hate and ask for love.
Heather Heyer's mother spoke out against all that's happening and recognized all the songs with a social message. 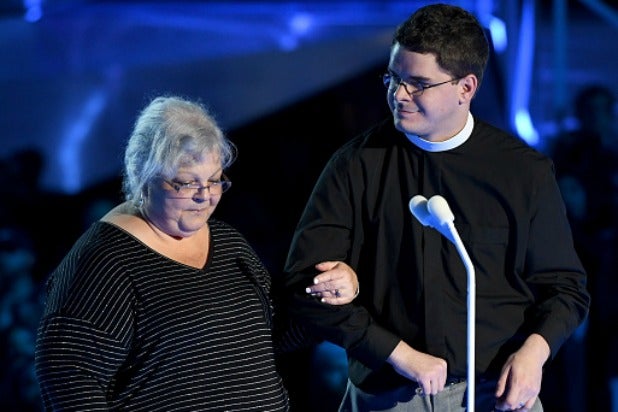 All in all, it was a nice try MTV.
But I miss the good old days.
Posted by Christine KAURdashian at 8:30 PM