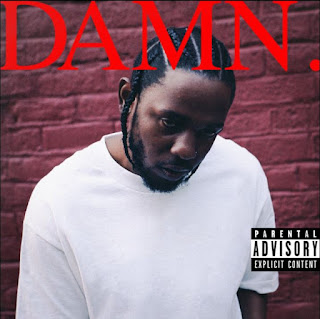 Rapper Kendrick Lamar is having quite the week and it's only going to get better.
Today the Los Angeles native released the album cover and tracklist for his highly-anticipated new album titled Damn.
The 14 song tracklist has songs with features by Rihanna and U2.
This comes days after Lamar warned us all on The Heart pt 4 that, "Y'all got 'til April the 7th to get your shit together."
The new album is due to drop on April 14th and this weekend he'll be performing at Coachella.
Recently, Lamar released the single Humble, a Mike Will-Made-It, produced song that seriously slaps. It's already debuted at number 2 on Billboard's Hot 100.

Posted by Christine KAURdashian at 7:24 AM