Yes, I've never heard of Paper Magazine until the record stopped on November 11th...that was until we saw the full monty the day after.

I can't believe Yeezy allowed her to do it!
The cover of the magazine shows Kardashian exposing her infamous bare-behind with the words "Break the Internet" which she chose to hashtag on social media. Funny, because social media was on fuego after these photos were revealed.


And they say I didn't have a talent...try balancing a champagne glass on your ass LOL #BreakTheInternet #PaperMagazine
— Kim Kardashian West (@KimKardashian) November 12, 2014


Of course, some celebs chimed in. Like Glee's Naya Rivera whom some of accused of copying Kardashian West's steez in the past.

All in all, it's just what Ye likes, controversy.
Turns out Kim did the shoot while in Paris for Fashion Week. She wasn't paid for the shoot because basically, the magazine couldn't afford her. However, it was the opportunity to work with famed photog Jean Paul Goud.

" Mickey Boardman, editorial director of Paper Magazine, told Yahoo! Style "Kim’s attitude was, ‘If we’re gonna do it, let’s really go there.’"
"He continued, 'And it was her idea to take off her clothes and show more than her butt. But we didn’t say, ‘Let’s do a cover with your butt hanging out.’ She said she was willing to take her clothes off and one thing led to another.' "

Although, the memes have been hilarious.
Here's my favorite: 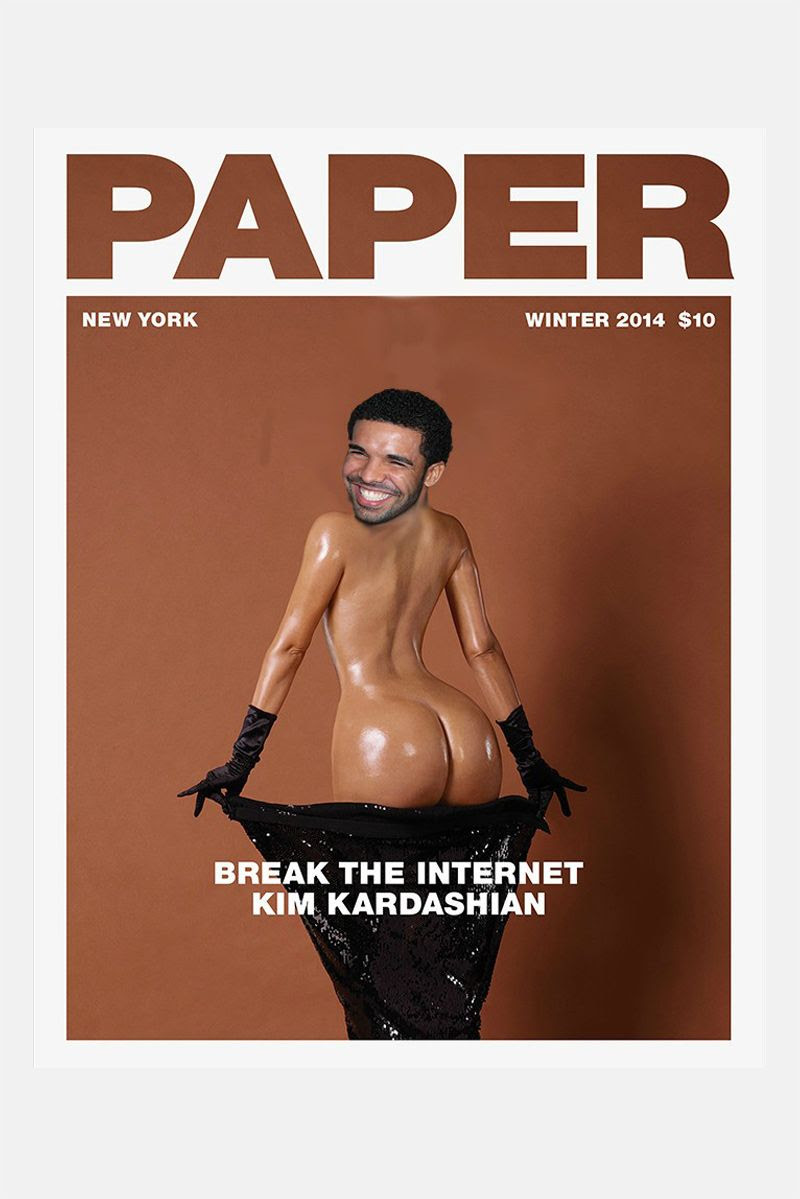 Posted by Christine KAURdashian at 1:37 PM