RIP Prodigy. This throwback is for you!
Posted by Christine KAURdashian at 5:27 AM No comments:


New York rapper Prodigy, one half of the influential rap duo Mobb Deep, has died at 42 years old.
The cause of death has not yet been released, but the Queens rapper has been long suffering from sickle cell anemia.
Prodigy was in Las Vegas for a Mob Deep show.

According to CNN, Prodigy was born Albert Johnson, the rapper's family had a storied history.

His great-great-great-grandfather, William Jefferson White, founded Georgia's Morehouse College in the basement of his Baptist church.
His grandfather, Albert "Budd" Johnson, was a saxophonist and clarinetist for Billie Holiday, Duke Ellington, Dizzy Gillespie, Count Basie and Benny Goodman.
Johnson met fellow Queens, New York native Kejuan Muchita when they were both freshman at Manhattan's High School of Art and Design.
The pair bonded over their shared love of hip hop and formed Mobb Deep. Johnson took the moniker Prodigy, while Muchita chose the performance name Havoc.
They scored a record deal as teens and released the album "Juvenile Hell" in 1993.
The project didn't generate much buzz, but the duo found more success with their sophomore album "The Infamous."
With its gritty rhymes and contributions by the artists Nas and Raekwon, the album helped launch Mobb Deep to the top of the hardcore, hip hop ladder.

Mobb Deep was famously involved in the mid-90s East Coast/ West Coast beef. Tupac mentions them in Hit Em Up even addressing Prodigy's illness.
Rappers from all walks of life took to social media to express their condolences to the artist who paved the way for many.


P was one of the most talented artists in Hip Hop. I worked with MOBB DEEP because I was a fan of there's. One minute we would be on tour chilling, the next he would be in the hospital blind in one eye. Sickle cell anemia is no joke, and he would just get up and keep going with us. R.I.P
A post shared by 50 Cent (@50cent) on Jun 21, 2017 at 2:24pm PDT


Late Night Battle on the NYC streets 😂 Off the Shook Ones beat!! #RipProdigy Who won??? [swipe left for both videos]
A post shared by Fabolous (@myfabolouslife) on Jun 21, 2017 at 2:38am PDT

Posted by Christine KAURdashian at 4:00 PM No comments:


If you all saw the last season of Keeping Up with the Kardashians, you remember Kim was adamant about having a third child.
However, due to complications from her previous pregnancies, having a child herself would be too dangerous.
Scared to hire a surrogate, Kim even ran the idea past her little sis, Khloe.
In the end, Kim wasn't sure if she wanted to hire one and Khloe told us she'd want kids with boo Tristan Thompson of the Cleveland Cavaliers but not lend her womb to Kimye. Turns out, even Chrissy Teigen offered to be a surrogate for the reality star.
Thus, here we are....the Kards set the scene for today's news confirmed by People magazine that Kim and Kanye have hired a surrogate.
The price? $114,000 roughly.
According to TMZ, this is the breakdown:
o Kim and Kanye have found a surrogate through an agency and agreed to pay the following:
-- $45,000 in 10, $4,500 monthly installments
-- If there are multiples, the surrogate gets $5k for each additional kid
-- If the surrogate loses reproductive organs, she gets $4,000
Kim and Kanye are also required to deposit $68,850 with the agency.

Not junk change, but is it enough to hold a well-known couple's baby for 9+ months?
It's still unclear if the surrogate is pregnant right now and if she hasn't started....when's her first day of work?
The couple already has 4 year-old North and 18 month old Saint.

Kim Kardashian and beauty go hand in hand.
Since Keeping Up with the Kardashians debuted in 2007, we've all wanted to emulate her look. Everything from the cascading long-black locks blown out to perfection, her perfectly arched brows and her contour.
Whether you like her or not, her makeup has inspired looks for the past decade and who can blame her? She's gorgeous and she's constantly killing the makeup game and it's no secret that she's finally taking the reigns and coming out with her own beauty line, KKW beauty.
We've seen her build her fragrance empire, then collaborate with her sisters for Kardashian Beauty (previously known as Kardashian Khroma). Then baby sister, Kylie, burst on the scene with her lipkits, eye kits, highlighters, etc.

Crème Contour and Highlight Kits, in four shades: Light, Medium, Dark and Deep Dark. Each kit comes with a dual-ended contour stick and dual-ended highlighter (one matte and one shimmer highlight) and a dual-ended blending brush and sponge. Coming 6.21 to KKWBEAUTY.COM
A post shared by KKWBEAUTY (@kkwbeauty) on Jun 16, 2017 at 1:19pm PDT

Well, now it's Kimmy's turn.
We got a hint of this with her collab with Kylie for a lipkit back in April.
Kim's debut product? A contour and hilight kit, of course!
On June 21st, Kim will launch 4 creme contour and hilight kits in light, medium, dark and deep dark. Every kit comes with a dual end blending brush and sponge. Each kit will set you back about $48.
According to the LA Times, "Industry sources expect that KKW will blow through the reported 300,000 units that were produced of her $48 Creme Contour & Highlight Kit in less than five minutes, amassing $14.4 million in sales."

No bad, not bad at all.
Are you going to cop the new kit?
Posted by Christine KAURdashian at 11:30 AM No comments:

One of my favorite Jay Z songs. This week's throwback is in honor of the Carter twins being born and the upcoming release of 4:44.
Posted by Christine KAURdashian at 6:21 PM No comments:

Like many of us Beyhive members, we've been scouring through Beyonce, Miss Tina and Solange's social media accounts for SOME photos or some confirmation from the family of the long-awaited arrival of the Carter twins.
Are they fraternal?
Identical?
WHAT!?

TMZ reports that the twins were actually born on Monday, however the news was leaked on Saturday. TMZ says a " "minor issue' surfaced, and as a result..doctors do not feel comfortable releasing them." Sources say that Bey is okay, but no word on what the issue is and when she will be released.

Fans have been waiting on these widdles ones since Beyonce's Instagram announcement in February. Since then she's been killing the fashion game, rescheduled her Coachella appearance to 2018 and almost made us faint at the Grammys.

Here's hoping Bey and les twins have a speedy and safe recovery.
Can't wait to see the photos!!!
Posted by Christine KAURdashian at 8:01 AM No comments:

I felt this song was fitting tonight, since the Dubs have a chance to win it all! #GoWarriors
Posted by Christine KAURdashian at 10:54 AM No comments: 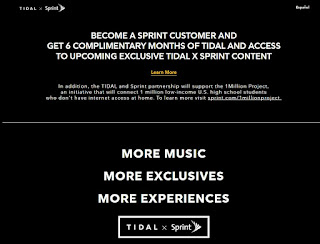 
Here's to Bey and Jay continuing to make their dolla dolla bills.
Posted by Christine KAURdashian at 10:29 AM No comments:


I think they still have Bad Blood.
Once a critic of music sharing sites, Taylor Swift has returned to Spotify releasing her entire catalog of music.
About 2 1/2 years ago Swift pulled her work from the site because basically, she was all about the $crilla. She felt she could make more off of selling CDs than using Spotify.
Swift's management took to Twitter to make the announcement Thursday night.


However, the internet is wondering if Swift is making the drop because her nemesis Katy Perry's album Witness drops the SAME day.
Coincidence, or nah?
It's been no secret Swift and Perry have been on the outs for a few years following a dispute over each other's dancers.
Then Swift released Bad Blood. Perry responded by calling her A Regina George in sheep's clothing....then Kim Kardashian revealed Swift's duplicitous ways giving life to Perry and Swift's ex, Calvin Harris.
Perry then told James Corden during her Carpool Karaoke episode that Swift started the beef...then Perry released Swish Swish with Nicki Minaj which alluded to her throwing shade on Swift.
So now here we are, but aren't both sides kind of winning?
KatyCats get new music and the Swifties get their music back on Spotify.

Posted by Christine KAURdashian at 5:52 AM No comments:

They're finally here!
George and Amal Clooney are now parents of twins!
The couple welcomed Ella and Alexander on Tuesday morning.
According to the Associated Press, "both children, born at a hospital in London, are 'happy, healthy and doing fine.' George is sedated and should recover in a few days."
Clooney, 56, and lawyer Amal Alamuddin, 39, married in 2014 in a lavish ceremony in Italy. These are the first children for both.
The couple had been living in London awaiting the birth of their babies.
Posted by Christine KAURdashian at 10:27 AM No comments:


Over the weekend, photos of Halle Berry on the purple carpet of the Chrysalis Butterfly Ball raised some eyebrows.
Is she or isn't she pregnant?
If so, with who!?
After the internet tried to dissect these photos, Miss Berry took to instragram to post a killer selfie with the caption "Can a girl have some steak and fries?"


Guess, the question is answered.

Posted by Christine KAURdashian at 6:18 AM No comments: 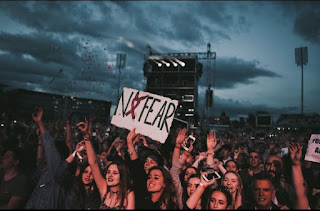 It was a star-studded event all for a good cause.
A perfect example of resilience and to prove that in the end, love really does win. On Sunday, Ariana Grande returned to Manchester just weeks after a suicide bomber killed 22 people and injured many others.
Just a day before the benefit, three men drove a van into pedestrians on London Bridge and stabbed people nearby, which killed seven people and also injured many more.

Regardless of the evil taking place, Ariana along with Miley Cyrus,  Justin Bieber, Robbie Williams, Pharrell Williams, Chris Martin of Coldplay, 1/2 of Oasis and many more united for the cause and the photos really are beautiful.
Katy Perry wore an ensemble showcasing the photos of each victim of the attack.

Posted by Christine KAURdashian at 4:56 AM No comments:

She's in the middle...doing her own thing in a room full of basics...Blue Ivy is definitely her mama.
The 5 year old daughter of Beyonce and Jay Z and soon-to-be big sis of those twin beybaes, Blue Ivy, was werkin' her ballet recital.

The performance was at Blue's school on Saturday and the routine was to Earth, Wind and Fire's September. TMZ released the video.
I wonder if Bey and Hov talked to the school about the leaked video tho?
Regardless, the Carters must be proud of their little Blue Blue.

In honor of the NBA Finals. Go Warriors!
Posted by Christine KAURdashian at 5:53 PM No comments: