For those watching the new season of Weeds, a new character may have caught your eye.
Well, at least mine.

Schreiber is now the reason why I look forward to watching the Showtime series every Monday. He's so HOT! I've resorted back to my high school antics by Google-ing everything about him and have even put a few of his past films in my Netflix queue.

Facts About Pablo:
Too bad Pablo's married with a two-year old son, though.

Oh well, him and I always have a date every Monday night!
Posted by Christine KAURdashian at 4:34 PM No comments:

This is one of my favorite *NSYNC music videos!

This boy band always turned it out when it came to making awesome videos and performances!

Posted by Christine KAURdashian at 2:46 PM No comments:

Today marks the ten year anniversary of Aaliyah's passing. There are so many articles out today commemorating the artist and emphasizing how she changed the face of R&B by fusing in hip-hop culture.

Jay-Z has a great article about it on his blog.

Here's another one of my favorites from Babygirl.

Posted by Christine KAURdashian at 7:56 AM No comments:

Email ThisBlogThis!Share to TwitterShare to FacebookShare to Pinterest
Labels: Aaliyah

Smiths Shut Down Rumors of Split

The couple responded in a joint statement. "Although we are reluctant to respond to these types of press reports, the rumors circulating about our relationship are completely false. We are still together, and our marriage is intact." 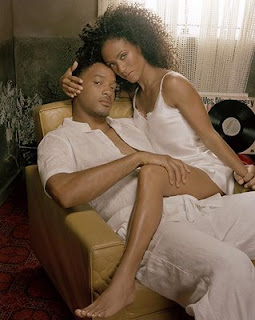 Will's son, Trey, tweeted earlier today Did #WillandJada split? No they did NOT split ! False information ..its not true RETWEET!!!"


He continued, "Will and Jada getting a DIVORCE ..NOT TRUE AT ALL !! RETWEET. Everyone can think what they want ..even if its not true #Lame."

Trey is Will's son from a previous relationship....obviously Willow and Jaden are too busy to tweet about sqaushing the rumors.

Posted by Christine KAURdashian at 4:02 PM No comments:

....kidding
But I mean, c'mon Will and Jada are divorcing and the East Coast gets a 5.9 earthquake!

However, others reports via People and US Weekly say the reports are untrue.

So, who really knows right now.

As for East Coasters freaking out about the earthquake....you guys are fine. It's a 5.9. Us West Coasters in the Bay Area are the ones who REALLY have to worry about the "big one".

Posted by Christine KAURdashian at 11:53 AM No comments:

I can't believe it's been 10 years since Aaliyah passed away. I can still remember where I was when I heard the news.

Such a tragic accident to take away such a talent.

Posted by Christine KAURdashian at 10:06 AM No comments:

A&F Has a "Fit-uation" with The Situation

Abercrombie and Fitch has a little beef with the Jersey Shore's Michael "The Situation" Sorrentino and his choice of loungewear on the show.


The retailer said in a statement that "Abercrombie & Fitch Proposes a Win-Win Situation".

"We are deeply concerned that Mr. Sorrentino's association with our brand could cause significant damage to our image. We understand that the show is for entertainment purposes, but believe this association is contrary to the aspirational nature of our brand, and may be distressing to many of our fans."

Are you kidding me? The same brand who's been under fire for selling push-up bikini tops and thongs at their children's store. The same store who's been involved in countless class action lawsuits and being racist...  is worried The Sitch will mess up their reputation!!?

“Looks like Abercrombie got themself into a Situation!” the MTV reality star Tweeted on Wednesday, followed by a link to a CNN finance article noting that the brand’s stock had dipped by nine percent.
Paul “DJ Pauly D” Delvecchio had his own comment, calling the brand out on Twitter for reportedly previously selling shirts with the “Jersey Shore” gang’s famous catch phrase – GTL – gym, tan, and laundry.

@DJPAULYD Hmmm if They Don’t Want Us To Wear Those Clothes Why Make GTL Shirts #yourPRsux,” he wrote, Tweeting to a picture of an Abercrombie & Fitch T-shirt with “GTL” stamped on it above the word “Fitch.”


I thought the recession got A&F's act together when they started making their clothes true to size (instead of a Large fitting like a normal XS) and actually having sales!

Gaga debuted her latest music video off of her Born this Way album.


The video for You and I wasn't supposed to be shown until later this week, but in true Gaga fashion....she just had to please us fans!

Many Gaga fans who saw her in concert have heard this song prior to the album's release..if you weren't at the concert....then your mooching ass saw it on YouTube.


This song reminds me of Rod Stewart, and if you know me or my family....you know we are Rod Stewart fanatics!

Posted by Christine KAURdashian at 12:14 AM No comments:

A Rap Song for the Good Girls

I love me some hip-hop music, but sometimes I find that rappers tend to glorify the video vixen which leads to hot-messes like Kat Stacks...

I'm not trying to get all women's lib on you guys by any means, but it's nice to finally be appreciated for being a good girl for once. The Game and Drake do just that in Good Girls Gone Bad.

I commend The Game because he addressed the video vixen issue in Wouldn't Get Far.....and continues it with this track along with Mr. Softy Drake on Game's highly anticipated album R.e.d. Drizzy and Game are always reppin' for the good girls and this song just hits the nail on the head!

"......Where's all the women that still remember who they slept with? Where's all the girls too busy studying to make the guest list?
But when you do go out, you still working what you was blessed with...."

Posted by Christine KAURdashian at 10:47 AM No comments:

Everyone's buzzing about the Watch the Throne tour. But if you're a REAL Jay-Z fan....you were bumping this song when it first came out back in '96-'97.

Posted by Christine KAURdashian at 9:51 AM No comments:

Every year, since I was about 9 or 10, I've always looked foward to the MTV Video Music Awards. Since it's always at the end of August or Early September...it made the transition from Summer to Back-to-School much easier.

However, the past few years I haven't really been feeling the VMAs. I guess I've been longing for the days of performances like Michael Jackson's in 1995 and Britney Spears' joint performance with *Nsync.

Who can forget *NSYNC's performance with the TVs?

That all changed since I've been seeing the commercials promoting this year's show.

I just came across this Britney Spears one and can I just say,
THANK YOU MTV! YOU'VE ANSWERED MY PRAYERS!

Did you guys notice the photo of Brit's face on Janet Jackson's famed Janet album?
I'm getting the feeling that MTV is going back to their roots of having a awesome and unconventional award show like they used to.

How can you NOT get excited to see this year's awards show after seeing this!?!?!

Tell me why I was bumping this song on my walkman when I was 9 years old? Jeez, obviously my parents didn't pay attention to what I was listening to! hahaha

Posted by Christine KAURdashian at 11:30 AM No comments:

Today's throwback is brought to you by way of Vancouver, Canada as I am out of town visiting the Around the Bay Gal family. But this video is fitting since I'm still on the West Coast.

Posted by Christine KAURdashian at 2:37 AM No comments: