I totally forgot about this gem until it popped up on my radio the other day....#souljaboytellem
Posted by Christine KAURdashian at 10:28 AM No comments:

Email ThisBlogThis!Share to TwitterShare to FacebookShare to Pinterest
Labels: kiss me thru the phone, souljay boy, tell em, Throwback Monday

Diddy, you stay continuing to proceed to give us what we need!

Lastnight the BET Awards celebrated the 20th anniversary of Bad Boy Records *yes, I feel old too* by having a Bad Boy reunion complete with Diddy dancing around, Ma$e, Faith Evans, 112, Lil' Kim, Pharrel, French Montana and a tribute to Biggie.
It was like 1997 all over again.

The feels this performance gave me was unreal! Also, Diddy fell *hide your laughter*

Then to top it off, Janet Jackson was awarded the Ultimate Icon: Music Dance Visual Award with a spectacular performance by Tinashe, Jason Derulo and Ciara. Even though those names usually annoy me...they really turned it out for this performance and made Miss Jackson proud.
Posted by Christine KAURdashian at 6:15 AM No comments:

I have a love/hate relationship with shopping for makeup. I love it once I have it, but I hate trying on different shades and doing the whole trial and error thing.
Thank goodness for Shade Scout! This is a new app that allows you to try on shades before you buy!
Check out my latest article on it.

Posted by Christine KAURdashian at 6:34 AM No comments:

We all know Drizzy loves himself some basketball....and it seems these 2015 NBA draft prospects love him too.
The draft is later this week and some of the names to look out for are in this video where they dramatically read the lyrics to some of Aubrey's hit songs.
Posted by Christine KAURdashian at 7:52 AM No comments:

So, by now we all know Diddy's in trouble.
This is the 2nd time, that I can remember, in a year that Puffy has gone to blows with someone. Remember his rumble with Drizzy? The hilarious memes that came out of that was was well worth it.

On June 22nd, the Bad Boy founder took a kettlebell and threatened his son's strength and conditioning coach at UCLA, Sal Alosi.
His son, Justin, plays football for the UCLA Bruins and when he saw Alosi yell at his little boy...he decided to stand up for his kin.
According to TMZ...here's the play-by-play:


10:02 PM PT -- Diddy was released after posting $50,000 bail. According to the university, Diddy was charged with three counts of assault with a deadly weapon, one count of making terrorist threats and one count of battery.

6:50 PM PT -- Diddy was cuffed in the back of a campus patrol car as officers transferred him to L.A. County jail.
4:35 PM PT -- Sources connected with Diddy tells us the rap mogul is adamant he acted in SELF DEFENSE and was not the aggressor.
Our Diddy sources tell us ... Diddy insists the drama began during a workout session yesterday because strength and conditioning coach Sal Alosi was "riding Justin badly" and told him not to come back until the end of the summer.
Diddy went to the campus today to speak with Alosi -- believing he has an "issue" with Justin -- but things didn't go well when he arrived to campus.
Our Diddy sources say the coach would not see him and staff told him to leave ... but Diddy went to Alosi's office instead where Alosi told him to get out and threatened to call security if he didn't leave.
We're told Diddy said, "Fine, I'll call police" ... and Alosi snapped -- going after Diddy with his hands.
We're told Diddy insists he grabbed a kettlebell and held it up in a defensive position ... but did not attack with an intent to injure the coach.
4:15 PM PT -- Our UCLA sources tell us Diddy confronted Strength and Conditioning Coach Sal Alosi while Alosi was on the phone. We're told Diddy was told to "hang on" but he wasn't having it and picked up a kettlebell and swung it, narrowly missing Alosi. One source said if Diddy had connected, it could have killed Alosi.


Justin thanked his papa via social media for always being there...
This was posted after the "brawl".

Posted by Christine KAURdashian at 5:44 AM No comments:

Heard the new Janet single and wasn't impressed...I miss old-Janet!
Posted by Christine KAURdashian at 7:48 AM No comments:

So much pink, glitter and glam!
Madonna debuted her new single Bitch, I'm Madonna on TIDAL today.
Does that title sound familiar? It's what she screamed after she slipped Drake the tongue at Coachella.
This video seriously rivals Taylor Swift's Bad Blood.
Rita Ora, Chris Rock, Diplo, and Alexander Wang all make an appearance. While other big names like Beyonce, Katy Perry, Miley Cyrus, and Nicki Minaj...even Yeezy make a cameo but they're not in the same room.
Welp, guess that shows it wasn't all filmed in the same day.
The video is a TIDAL exclusive...but here we are looking at it.
Noone's buying TIDAL, ya'll.
Posted by Christine KAURdashian at 9:19 AM No comments:

I was at a 90s and early 00s themed party over the weekend and this gem came on and I was immediately brought back to 7th grade. Ashley Banks, where you at!?
Posted by Christine KAURdashian at 8:44 AM No comments:

Every summer we'd visit my mom's family in Canada and my grandpa only had an 8-track player in his Lincoln. We had a few choices as to which albums to listen to and among them was Rod Stewart's Blondes Have More Fun album, which I made my grandpa play everyday.
So, when I recently finished Rod's biography and this song came up I automatically had nostalgia and bought this album straight off iTunes.
Posted by Christine KAURdashian at 7:13 PM No comments: 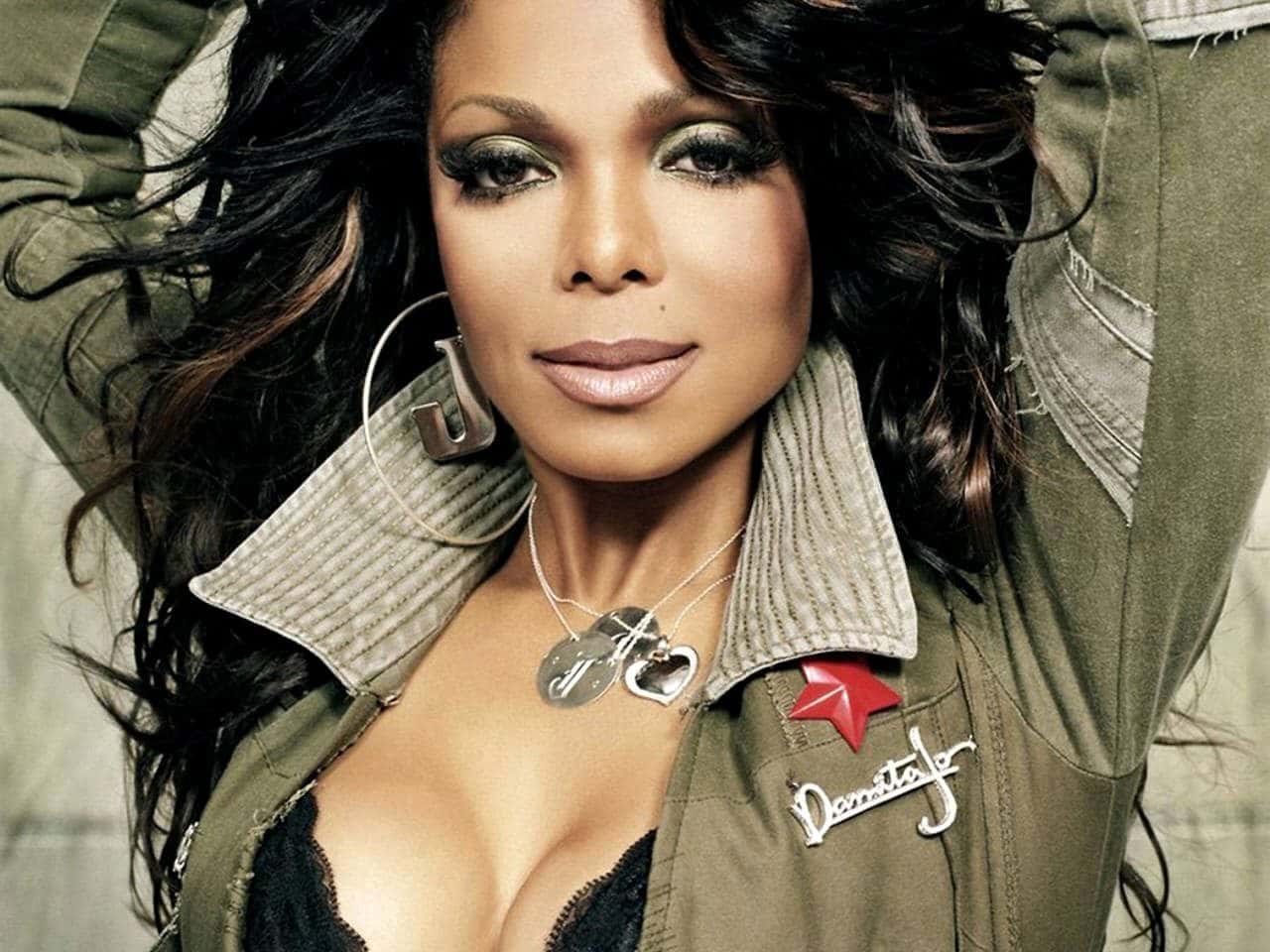 This will also be her latest work since her brother passed...c'mon Janet...don't disappoint!
Posted by Christine KAURdashian at 5:40 AM No comments:

We all know I'm a huge fan of The Rock...if you didn't know....then you've been hiding under a rock. *See what I did there?*
Posted by Christine KAURdashian at 8:40 PM No comments:

Caitlyn has officially broken the internet! 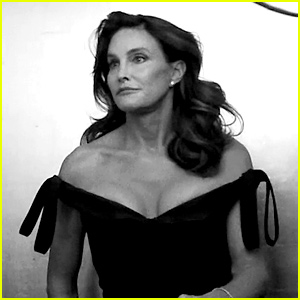 I'm so happy after such a long struggle to be living my true self. Welcome to the world Caitlyn. Can't wait for you to get to know her/me. — Caitlyn Jenner (@Caitlyn_Jenner) June 1, 2015 Caitlyn Jenner, formerly known as Bruce, has debuted herself on the cover of Vanity Fair.
Forget about the news that Kimye are expecting their 2nd baby.
May I just say, girlfriend has got it going on in this Annie Leibovitz shoot!
She looks gorgeous.
The July issue hits newstands June 9th.
Jenner went through a 10 hour facial feminization surgery and received implants. However, Jenner hasn't gone as far as having "that little thing down there" removed.
The hashtag #callmecaitlyn is trending on Twitter.
“If I was lying on my deathbed and I had kept this secret and never ever did anything about it, I would be lying there saying, ‘You just blew your entire life. You never dealt with yourself,’ and I don’t want that to happen," says Jenner.

Of course, the Kardashian Klan rallied in support.

Caitlyn Jenner for Vanity Fair 📷 Annie Leibovitz! How beautiful! Be happy, be proud, live life YOUR way!
A photo posted by Kim Kardashian West (@kimkardashian) on Jun 1, 2015 at 10:46am PDT

Posted by Christine KAURdashian at 8:18 PM No comments: