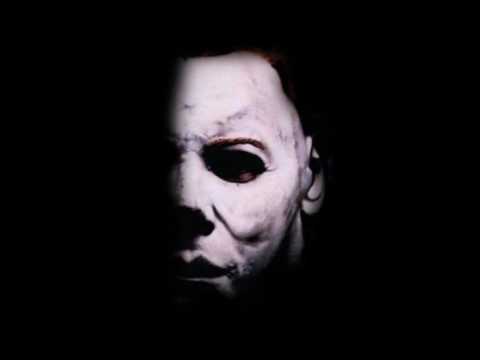 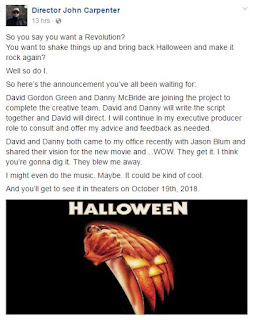 I guess my nightmares about Michael Myers aren't over just yet.
Famed Halloween director John Carpenter took to Facebook to make the announcement saying:

So you say you want a Revolution?
You want to shake things up and bring back Halloween and make it rock again?
Well so do I.


So here’s the announcement you’ve all been waiting for:
David Gordon Green and Danny McBride are joining the project to complete the creative team. David and Danny will write the script together and David will direct. I will continue in my executive producer role to consult and offer my advice and feedback as needed.
David and Danny both came to my office recently with Jason Blum and shared their vision for the new movie and…WOW. They get it. I think you’re gonna dig it. They blew me away.
I might even do the music. Maybe. It could be kind of cool.
And you’ll get to see it in theaters on October 19th, 2018

It looks like the team from Eastbound and Down will be onboard....AND CARPENTER WILL DO THE MUSIC!? This is going to be epic. We all know that distinctive song in all of the Halloween movies when Michael is just around the corner.
I wonder how they will forward the plot? I hope it's better than Rob Zombie's 2007 remake of the film.
Here's to Halloween 2018!
Posted by Christine KAURdashian at 6:13 AM