Watch the Throne....Don't Step on Our Robe

Since the album dropped this past summer, I've been debating whether or not to see this year's most buzzed about concert: Watch The Throne.

I debated seeing it locally, seeing it in Vancouver with my cousins, to seeing it locally again. I debated whether or not the pricey tickets were worth it and who to see it with. Finally, a week before the concert I bit the bullet and my friend Jamila and I decided to see the show....and boy I'm glad we did!
First off, tickets in the nosebleeds were priced at $80, so I thought I'd try my luck at closer seats and we found FLOOR seats for a really good price! Yes, FLOOR seats! We were only feet away from Hov and Yeezy.
Hello, making December my bitch once again! 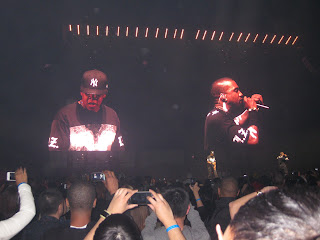 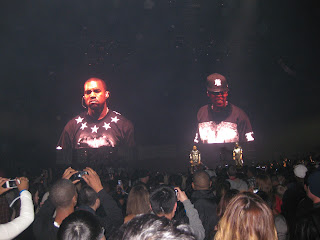 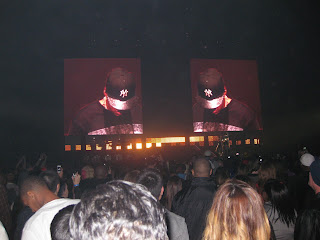 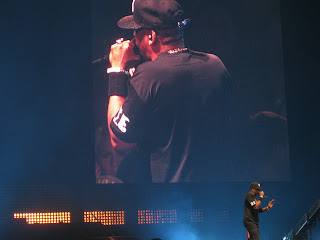 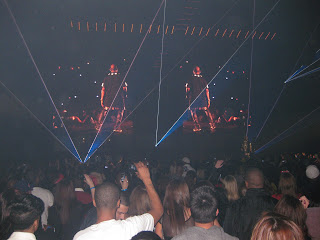 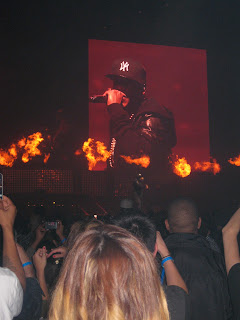 The concert was ah-mazing! All of my favorite hits from the WTT album were played, also the artists' solo hits. When Jay would take the stage, Kanye would sidle off unnoticed, and vice versa. Later on, the two would stay onstage while each performed their solo hits ie: Big Pimpin', Hard Knock Life, Gold Digger, Monster, Love Lockdown, Heartless, etc..


While the duo performed New Day, Kanye got really sentimental and discussed how he's been through some rough times these past 2 years. I immediately assumed his late-2009 antics at the MTV VMAs , the death of his mom and his break-up with Amber Rose. He told the crowd how he was afraid to walk by balconies, afraid he was going to jump off. He then said that because he got through all of these hard times... anyone and get through anything!

He said that people are always telling him to "be humble", but noone ever tells him to "be awesome", "be amazing" and "be great!". So, he told the crowd to "Be great!" "Be AMAZING!" and "Be AWESOME".

Kanye immediately struck a chord with me when he said "Be amazing".
Then the big finale, Jigga and 'Ye performed their smashg Ni**as in Paris, 3 times!! They played it twice  for the finale, then came back for the encore to perform it one last time!
Honestly, the concert was so amazing...I forgot they didn't even perform this song yet!
Posted by Christine KAURdashian at 7:31 PM