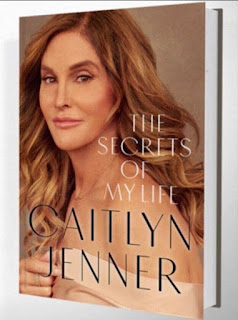 Caitlyn is now officially all woman.
After revealing the news in her memoir The Secrets of My Life, Jenner says this is the "first and last time" she'll be talking about this.
Jenner says constant questions from the public on whether or not she still had her little member down there persuaded her to have the surgery. “I just want to have all the right parts. I am also tired of tucking the damn thing in all the time," says the reality star.
We were all introduced to Cailtyn two years ago after an explosive Vanity Fair cover following the famous interview with Diane Sawyer when Caitlyn was still known as Bruce.
Jenner's memoir is due out on April 25th and addresses her final surgery as a "success" and feels "liberated" because now she can live her life as her authentic self.
“I am going to live authentically for the first time in my life,” she says. “I am going to have an enthusiasm for life that I have not had in 39 years since the Olympics, almost two thirds of my life.”
Want to see if you should read the book or not?
Watch the video below:


Watch Buzz Bissinger tell you why you should read #TheSecretsOfMyLife
A post shared by Caitlyn Jenner (@caitlynjenner) on Apr 6, 2017 at 9:19am PDT

Posted by Christine KAURdashian at 5:08 AM