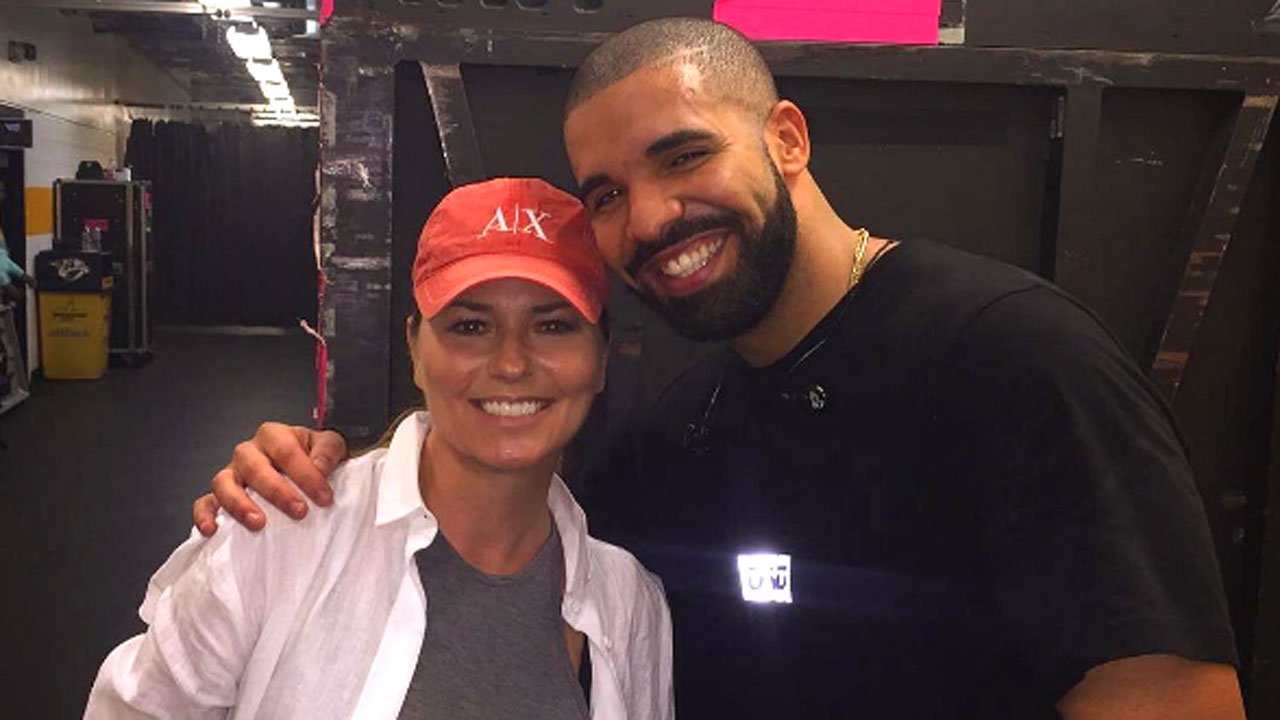 A couple of Canada's finest met up for the most adorable photo opp this weekend. While in Nashville for his Summer Sixteen tour in Nashville, pop-country icon Shania Twain showed some love and stopped by.
Drizzy posted the cute pic on the gram with:


My WCW even though it's Monday. Shania.

According to Entertainment Tonight, Drake's always been a fan of Shania.. "I just want to say that, like, Shania Twain came to my show tonight, you know what I'm saying Nashville? "So this next set, right here, I'm doing this for Shania. This is my love set for Shania, right here."
Can I just say, that Drake should be an honorary Kaurdashian? First of all, my mama is from Canada and loves Shania so my siblings and I grew up becoming default fans.
My sis even met her and totally kept her cool.
See?

Of course, this weekend's leg of the tour didn't just feature a Shania shoutout. During his show in Ohio, Drizzy brought out LeBron James.

Posted by Christine KAURdashian at 8:19 AM