Fresh off their fued with T-Swizzle, Kim and Kanye are gracing the cover of Harper's Bazaar in an interview only Kim and Kanye could do.

Click the link here to read the entire thing for yourself.
It made my brain hurt a bit.
Here are some juicy nuggets from the interview: 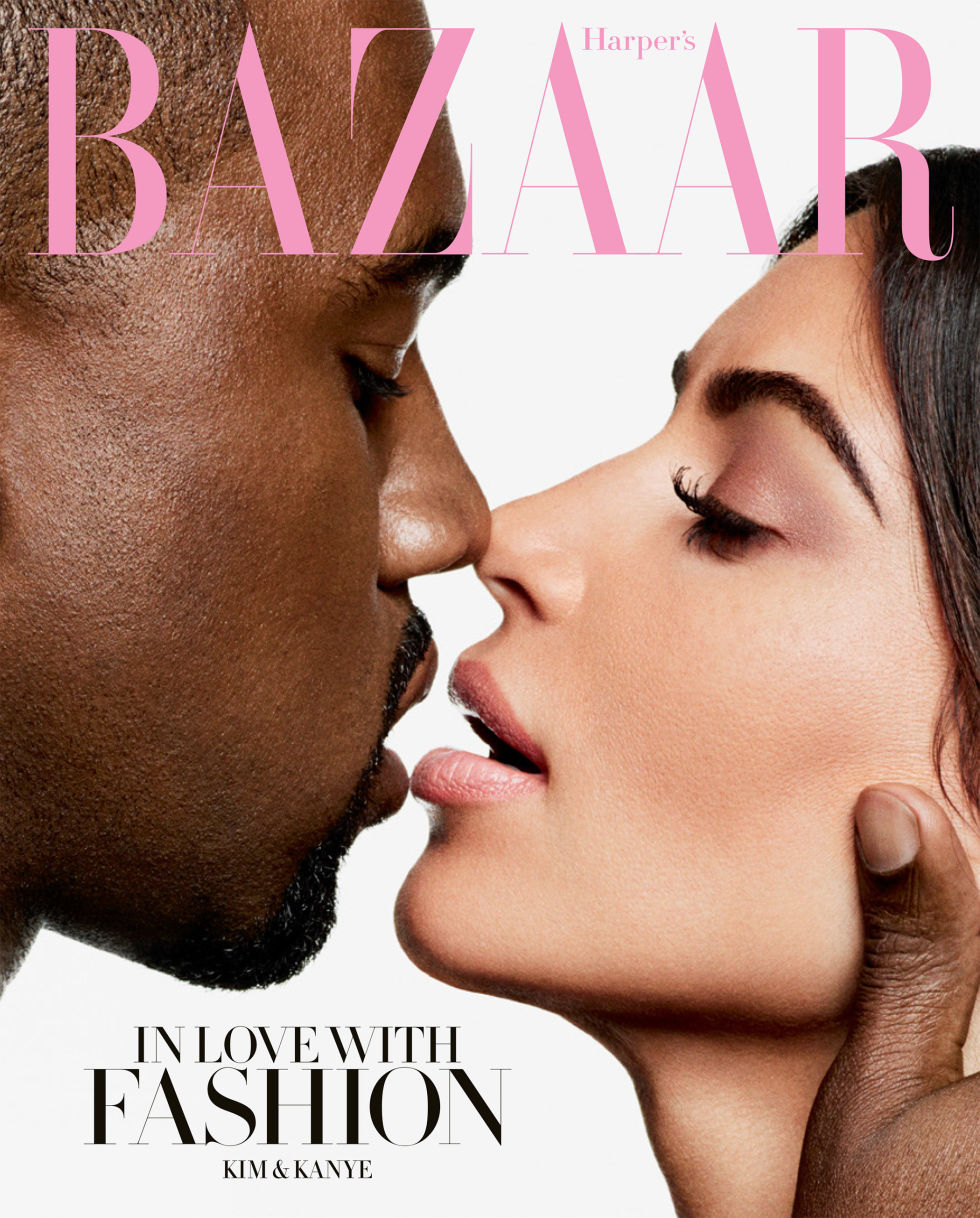 While reading the article it's entirety I noticed that Kim always reels 'Ye back to reality when he goes off-course with his answers.
You really need to read this article.
Posted by Christine KAURdashian at 8:16 AM