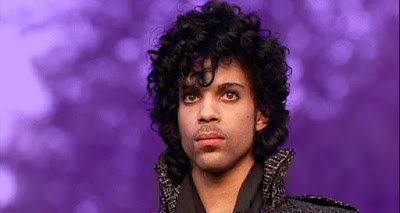 "The singer, songwriter, arranger and instrumentalist was widely acclaimed as one of the most inventive musicians of his era, drawing upon influences ranging from James Brown to the Beatles to Jimi Hendrix. His hits included "Little Red Corvette," "Let's Go Crazy" and "When Doves Cry."

The Minneapolis native broke through in the late 1970s with the hits "Wanna Be Your Lover" and soared over the following decade with such albums as "1999" and "Purple Rain."

The title song from "1999" includes one of the most widely quoted refrains of popular culture: "Tonight I'm gonna party like it's 1999."

Just last week Prince was rushed to the hospital after his plane made an emergency landing in Illinois on Friday morning. TMZ later reported, "A rep for Prince tells TMZ, the singer has been fighting the flu for several weeks. He canceled 2 shows on April 7th but wanted to make Thursday night's performance in Atlanta, even though he was still not feeling well.

After the show, he got on a plane and felt considerably worse, so his plane made an emergency landing in Moline, Illinois, where he was taken to the hospital and treated. He was released 3 hours later, got back on the plane and is now back home.
Earlier this year, Prince's protegee Vanity had passed away.
Wow....R.I.P. to the Legend. Posted by Christine KAURdashian at 10:25 AM