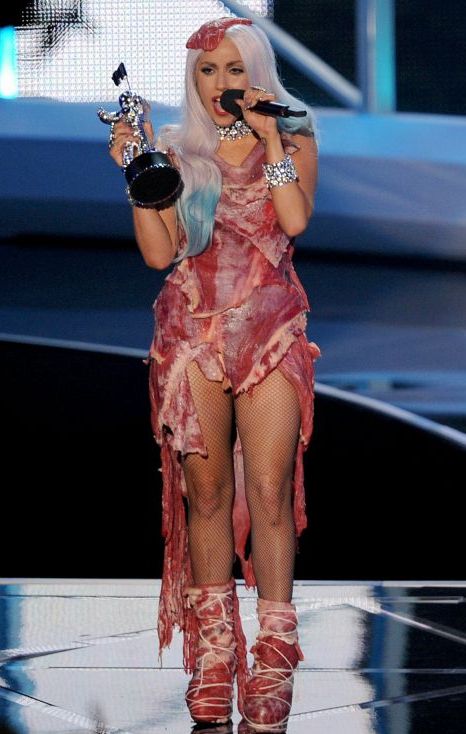 Keep in mind, this ensemble placed Gagaloo on Cojo's Best Dressed List this year!
All in all, I'm glad Gaga won all the awards she did...but this year's VMAs didn't impress me.
Where's the interruption of speeches? Where's Lil' Mama at the crash the stage again?
MTV....you disappointed me this year!
So did you Chelsea Handler!
Posted by Christine KAURdashian at 10:26 PM